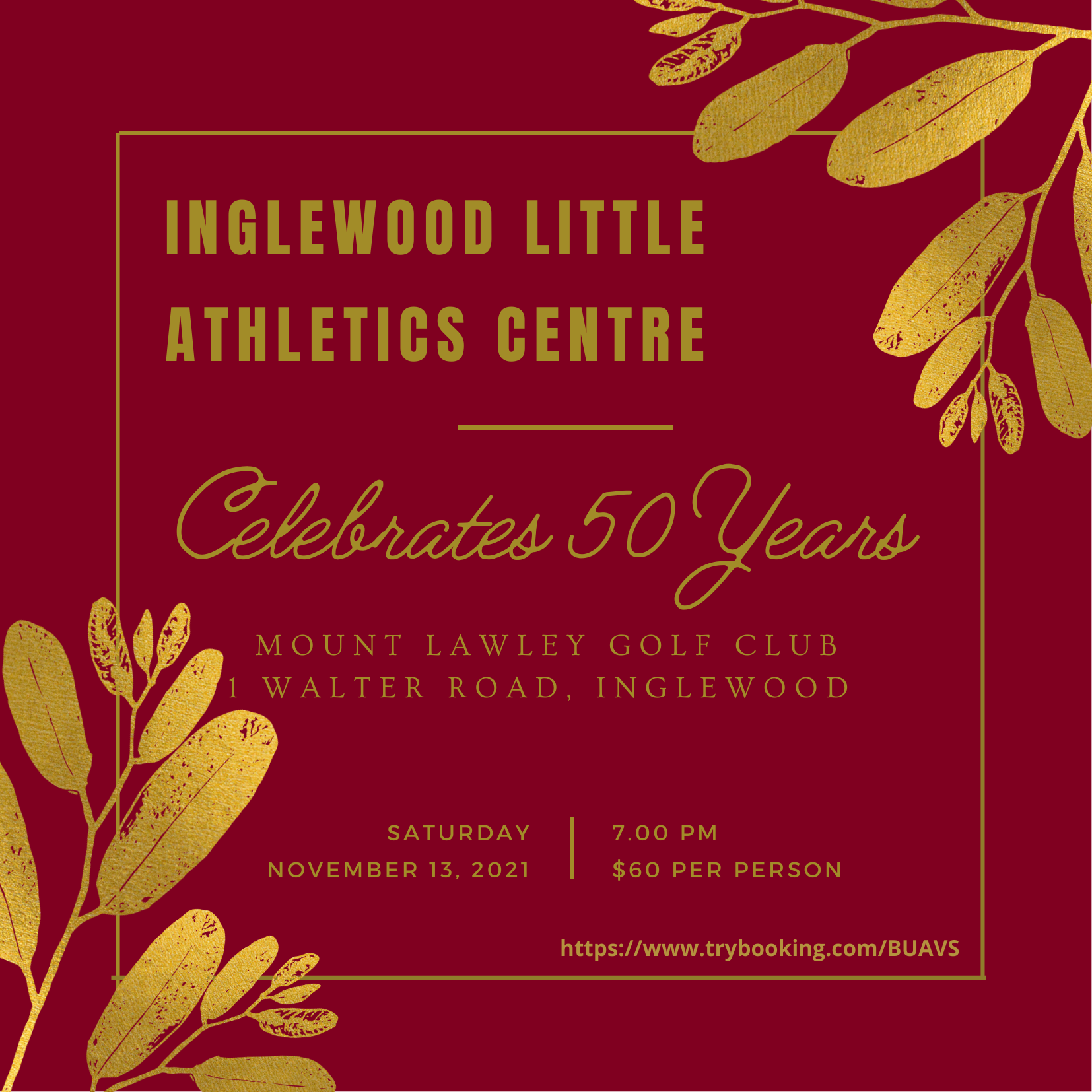 This 2021-2022 season marks the 50th anniversary for Inglewood. An event for adults past and presently associated with the Centre will be held in November 2021.

Inglewood Little Athletics Centre's home ground is at Dianella Reserve No3 (corner of Morley Drive and Alexander Drive, Dianella).  Membership is open to athletes between the ages of 6 and 17, everyone is invited to join regardless of their ability with the emphasis on fun, participation and skill development.

How it all Began

In 1975 the executive committee commenced negotiations with the City of Stirling for an athletic arena at the Dianella Recreation Centre.  In 1985, thanks to Mr Terry Tyzack and his council, the athletic arena that we use today became the new home for the Inglewood Little Athletic Centre.

In 2014 saw the amalgamation of the remaining four clubs (Morley, North Dianella, Dianella and Yokine) into Inglewood Little Athletics Centre.

Thanks to our sponsors: